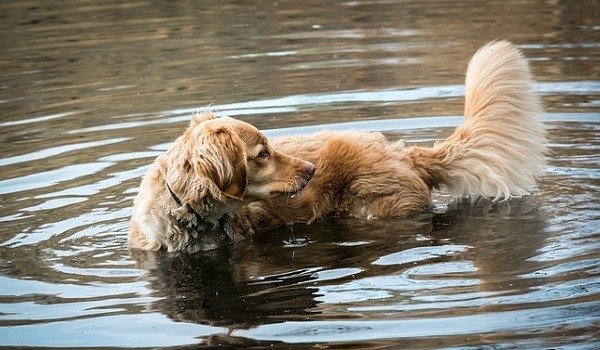 How To Stop Your Dog Chasing Their Own Tail

Does your dog keep chasing their own tail?

If so, this guide is going to explain why your dog might be engaging in this behavior, and it’ll also give you a few simple steps to follow that can ‘train’ them out of this habit.

While some dogs may naturally ‘drop’ this behavior over time, it’s equally possible for it to become a destructive habit, and even lead to other obsessive behaviors later on – so it’s a good idea to address it as soon as possible.

Why Does Your Dog Chase Their Tail?

A dog who chases their own tail will usually do so when they’re overexcited – and this is very common with certain breeds of dog that tend to have a lot of restless energy. However, it can also become an obsessive behavior, usually brought on by boredom and inactivity.

However, this isn’t always boredom in the traditional sense, but simply a type of boredom that’s created by not having enough physical activity – so if you can take them on more walks this may reduce the tail-chasing behavior to some degree.

In rarer cases, your dog may be dealing with stress or anxiety issues that are deeper and more psychological in nature.

If this is the case, the steps described in this guide may not be enough, and it may be better to consult with your vet or a professional dog trainer to see how you can help the dog further.

In general, it’s a relatively harmless habit. But while it may not seem like a big problem to begin with, it may often increase in frequency if it’s not addressed at all.

With this in mind, it may be worth taking some steps to curtail the behavior before it becomes too common. This can be done with basic positive reinforcement training.

Ultimately, your dog may develop this kind of compulsive tail-chasing behavior out of boredom – so presenting some fun alternative activities will hopefully be enough to snap them out of it.

If they continue to engage in this behavior and ignore the alternatives, then using positive redirection techniques (interrupting the behavior, presenting an alternative, and praising them when they engage with the alternative) is a solid strategy that should yield good results most of the time.

As always, it may take some discipline and persistence to catch them as often as you can and follow the steps, but over time, you should begin to see positive changes in your dog’s behavior.

As always, it may take some discipline and persistence to catch them as often as you can and follow the steps, but over time, you should begin to see positive changes in your dog’s behavior – and this will eventually mean your efforts are well rewarded by a happier, healthier dog who no longer has an obsession with chasing their own tail.

Why Does My Dog Stare At Me?