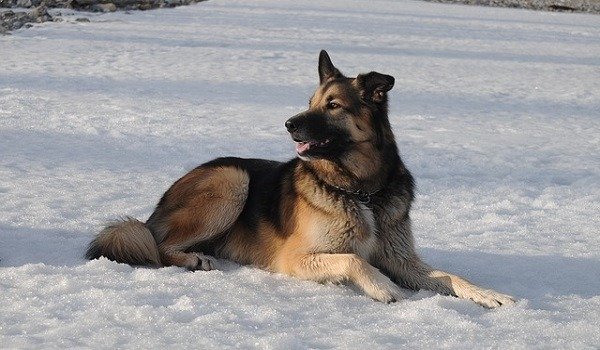 How To Speak Your Dog’s Language

While many dog owners enjoy talking to their dogs as if they can understand your native language, the truth is that a dog will primarily rely on your overall tone to decipher your meaning.

So while a dog isn’t going to become fluent in your mother tongue, there’s nothing stopping a human from learning a great deal about a dog’s language.

Fortunately, learning to understand the various body language and vocal cues that your dog makes will give you a keen insight into how your dog is trying to communicate with you.

In this guide, we’re going to take a closer look at the fascinating world of canine language in all its forms – so let’s take get started.

If you’re lucky, you’ll be able to understand what your dog is saying based on simple common sense interpretation, but sometimes uncovering your dog’s overall intentions and emotions isn’t as straightforward as you would hope. However, because of this fact, it’s best to pay close attention to the context before you read too much into any behavior.

The signal of a wagging tail is usually understood to mean that your dog is happy, and while this is usually the case, it can also mean a variety of other things – such as frustration, excitement, apprehension and more.

Frustration can equally turn into aggression, which is why it’s important to notice the rest of a dog’s body language in relation to a wagging tail. Ultimately, just because a dog’s tail is wagging doesn’t necessarily mean it’s safe to approach! Of course, this is why context is so important.

Another common use of the tail is to show fear or apprehension, and this will be indicated when a dog’s tail is tucked between its legs. Overall, the tail is often a good barometer which can indicate a dog’s overall emotional state at any given time.

The umbrella term of “stress” covers a wide range of dog behaviors, and it’s likely you’ll see more than a few of these whenever you’re dealing with a nervous dog or a dog that’s displaying some undesirable behaviors.

While there’s a diverse range of stress and discomfort based behaviors your dog may have, you’ll soon learn which ones your dog tends to display the most often when they’re feeling stressed or nervous.

Some of the most common behaviors include shaking, inability to focus, body freezing, and even panting. You may also find your dog has very wide, open eyes, and they may also lick their lips more often than usual.

Dogs can often be curious creatures, especially when they’re in the puppy stage. A confident dog will often display more curious behaviors than a timid one, but most dogs share the same behaviors when they’re dealing with something new in their environment.

They will often cock their head to the side, and maybe even lift their paw up into the air while they decide what they should do about the situation.

Some dogs may also be fairly timid with their curious behavior, so they will sniff closer to investigate something, then quickly run away when they have the slightest suspicion that something isn’t quite right.

Deferential behaviors are often understood as “submissive” behaviors, and a dog will usually turn to these mannerisms when they perceive a threat in their environment from someone or something. In general, your dog will rely on these behaviors to avoid injury and to avoid a negative situation from developing any further.

The overall goal is to make themselves appear less threatening to the perceived threat, so many of the behaviors will focus on making them appear weaker and more vulnerable. They will often avert their eyes, dropped the tail between legs, lower the heads, and even flip onto their backs, exposing their vulnerable underbelly.

When a dog is relaxed, it’s often easy to tell because their overall body language will usually be very relaxed and comfortable. There will often have the mouth slightly open, combined with a smooth, fluid movement to the body.

In some cases, the relaxed facial expression will even resemble a smile, and you’ll often find that tail wags very quickly when they are given some attention.

There’s no denying that a dog can bark for a huge range of reasons – so whether they are happy, bored, excited, scared, nervous, or experiencing virtually any emotion a dog can feel, it’s safe to say that a dog will have a bark that suits the occasion!

The easiest way to tell why your dog is barking is to observe context. If your dog is in a playful mood, then they may be barking out of playfulness or to gain your attention. But if they seem angry, then it could be a warning.

Obviously, barking can often become a problem for many dogs, and this can require specific steps to alter the dog’s behavior. Ultimately, most barking behaviors can be solved with appropriate obedience training.

If your dog has chosen to grow at you, then this usually happens because your dog feels it is necessary to warn you about something. This often happens when they’re feeling vulnerable or on the defensive, so it’s important to be careful in this situation, because if you continue to approach a growling dog, you may receive a bite.

The behavior of whining can often be frustrating to deal with for owners, but it’s important to realize that when a dog uses this form of vocalization they’re usually trying to convey an important message to you. In many cases, it will be an indication that they need your attention, often because they have a need that cannot be fulfilled without your assistance – which just goes to show how important it is to listen to their needs when they whine, no matter how annoying it can be.

Commonly, this will wine when they are in pain, hungry, thirsty, uncomfortable, or simply need to go outside. In some cases, it could also be because they’re bored – and this may be a sign they need some further activity or stimulation.

In some cases, clever dogs will learn to use this behavior to gain attention, and it can occasionally become a negative habit that gets out of control. If this happens, then it’s wise to engage in some positive reinforcement training to recondition the behavior.

Overall, it’s clear to see that a dog’s language can be more complicated and diverse than you would think, so learning to understand their various body language and vocal cues will go a long way towards helping you understand your dog’s needs, and deepening the bond you share with your beloved pet.

Why Does My Dog Stare At Me?

Your Dog Won’t Listen? Here’s What To Do